The 3 Most Unusual Watch Complications

Complications, or additional watch functions, are often a deciding factor when it comes to selecting a watch. While some individuals appreciate the simplicity of three-hand models, many watch enthusiasts follow a philosophy of more is more. However, not all complications are created equal. For example, Tourbillons and perpetual calendars are in a whole different league than a simple date display. A long-time favorite complication among watch fans, the chronograph, is likewise available in a number of permutations, ranging from the practical to the unbelievable. We’ve already covered some of these complications in previous articles, so we’re doing things a bit differently this time. Rather than focusing on a single type of complication, we’re taking a closer look at three of the most unusual watch complications to date.

A Singing Bird on Your Wrist

When looking at unusual complications, automaton watches are often at the top of the list. This category includes watches with intricate scenarios that play out at a certain time each day or at the press of a button. Some play a certain melody or activate a chiming mechanism, others are like a miniature casino for your wrist with blackjack and a functioning roulette table. Remember, all of these features are built into mechanical watches. Some of the most impressive examples are pocket watches dating back to the 17th and 18th centuries. A selection of these display erotic scenes hidden from view on the back of the watch. Today, Ulysse Nardin and Blancpain have revived this tradition to some degree with several sinfully expensive limited editions.

With such a wide range of fascinating and crazy automaton watches, it’s difficult to chose the most unusual. That being said, the Jaquet Droz Charming Bird is certainly high on the list. Jaquet Droz, a Swatch Group member, is named after one of the most famous automaton makers of all time, Pierre Jaquet-Droz. Although there is no historical connection between the man and the brand, the latter certainly does the name justice with their complicated automaton watches. The most impressive creation to date is the Charming Bird watch. The actual dial occupies less than half the watch face, leaving plenty of room and attention for a small bird housed beneath a sapphire crystal dome. The mechanisms powering the complication are visible through the dome. You set the bird in motion by pushing a button at two o’clock. The bird spins, flutters its wings, and chirps in a remarkably realistic manner. The variable tone is created by air pumping through a system of glass cylinders. A lever modifies the volume of air in each cylinder, which changes the pitch of the sound. The flow rate is regulated by a magnetic brake manufactured by sister company Breguet.

The idea for this impressive work of watchmaking art didn’t just appear out of the blue. Pierre Jaquet-Droz was famous for building music boxes with singing birds that came alive in a similar manner. It is no small feat that this brand has managed to shrink the mechanism and fit it into a watch.

The next unusual complication was designed to solve a problem that affects all automatic watches: Once an automatic watch is fully wound, which typically occurs midday for most wearers, a safety mechanism converts excess energy into friction. This process gradually leads to wear and tear and limits the lifespan of the mainspring. While this is inconvenient, most watch and movement manufacturers have simply accepted it as a necessary evil.

This issue was well understood in the 1960s, and several solutions were proposed. However, due to “complicated servicing” this so-called “highlight of micromechanical constructions” was not able to be realized at the time. These quotes came from a reliable source: Hans Kocher, the inventor of the micro-rotor and a pioneer of automatic chronographs. It was estimated that the problem could be solved by 1969, but it would end up taking another 40-odd years before an alternative was introduced to the market in the form of a declutchable rotor. In 2010 and 2011, two manufacturers presented the first complications of this kind in a watch. DeWitt refers to their system as A.S.W (Automatic Sequential Winding). It is integrated into a movement that features an external rotor, chronograph, and tourbillon. In 2011, Richard Mille debuted a similar complication in their RM 030, a far-from-subtle watch that features a date display and power reserve indicator.

In the DeWitt Twenty-8-Eight Régulateur A.S.W., the mechanism ensures that the automatic winding system disengages from the movement once the power reserve reaches 96% of its capacity (approximately 69 hours). While the rotor continues to spin, the component that usually winds the mainspring is no longer engaged. Once the power reserve falls to 92%, it reengages and the mainspring is wound once more. In contrast, the Richard Mille RM 030 halts winding once the power reserve reaches 50 hours and reengages the rotor once it reaches 40 hours. There is an indicator at 12 o’clock that tells the wearer whether the watch is currently winding (ON) or not (OFF). The engineers at Richard Mille spent four years working meticulously to perfect their so-called declutchable rotor complication. It’s technically based on Richard Mille’s torque indicator, which first appeared in 2001 in the manufacturer’s very first timepiece, the RM 001. This mechanism checks the tension in the spring and either decouples or reengages the rotor and the mainspring accordingly. The system was developed by Audemars Piguet’s complication supplier Renaud et Papi, whose founder, Giulio Papi, has worked with Mr. Mille as far back as the 1990s.

Does this seem like a rather complicated solution to a somewhat minor problem? Maybe, but these are exactly the things that make mechanical watches so incredibly fascinating!

We’ve now covered the playful and technical sides of unusual complications, but there are also those that don’t fit into any category. A perfect example of this is the Haldimann H9 Reduction watch. Is it a piece of art, philosophical commentary, or just an absurd luxury watch? We’ll let you decide for yourself.

So, what exactly is the Haldimann H9 Reduction? It’s a watch with a black sapphire crystal that restricts your view of the dial. The watch runs, you can hear it ticking, but you will never be able to read the time. It could be considered a silly gimmick, except for the fact that the case houses a tourbillon. What’s more, it’s not just any old tourbillon, it’s a flying tourbillon, which is mounted on just one side. The complication was made by watchmaker Beat Haldimann, who comes from a long line of watchmakers.

This watch begs the question, what exactly is the manufacturer trying to tell us? The H9 Reduction could be seen as an evolution of the H8 Flying Sculpture, which debuted several years prior. That watch also has a flying tourbillon, but its sapphire crystal is transparent. That said, there are no hands to be found, so telling the time isn’t any easier.

The H9 remains a mystery to us. Perhaps we could look to similar cases and try to get to the bottom of it. After all, there are countless finely hand-finished movements that are encased in solid stainless steel cases. You can get huge satisfaction from wearing one of these pieces of mechanical genius even if you cannot see the movement itself. The late Walter Lange always insisted that each component of an A. Lange & Söhne watch be finished to a high standard despite the fact that most customers would never set their eyes on them. Beat Haldimann’s H9 Reduction takes this idea to new extremes. The fact that the watch doesn’t even fulfill the basic function of telling the time doesn’t seem to contradict the purpose of a watch for the master watchmaker Beat Haldimann.

What is a minute repeater, and how does it work?

The Top 3 Watchmaking Achievements of the 21st Century

The Watch in This Article 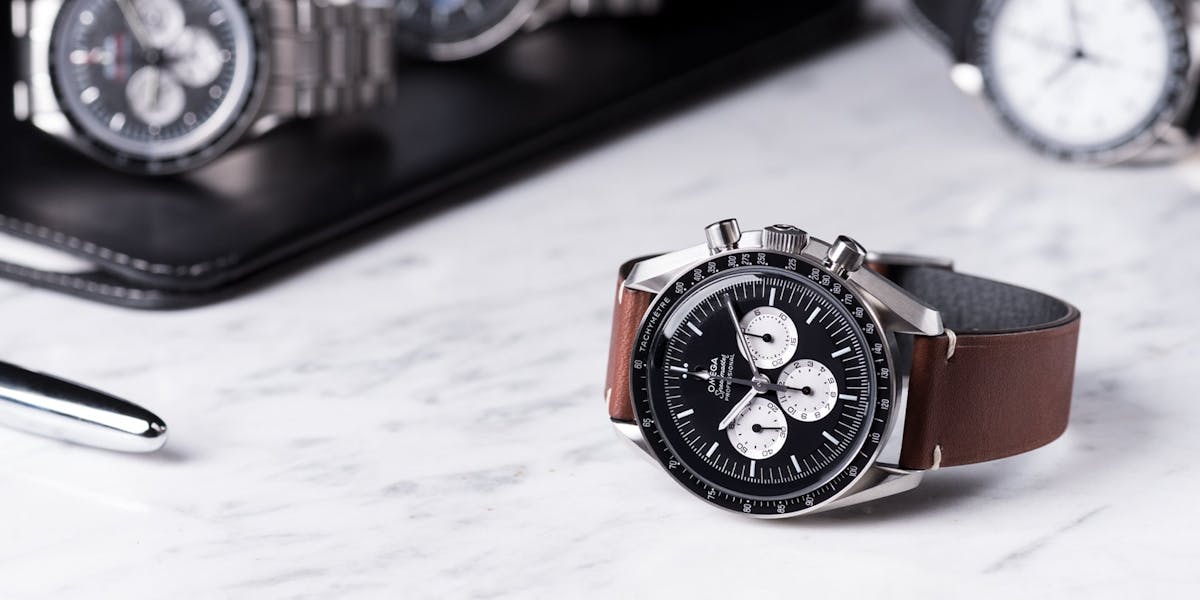 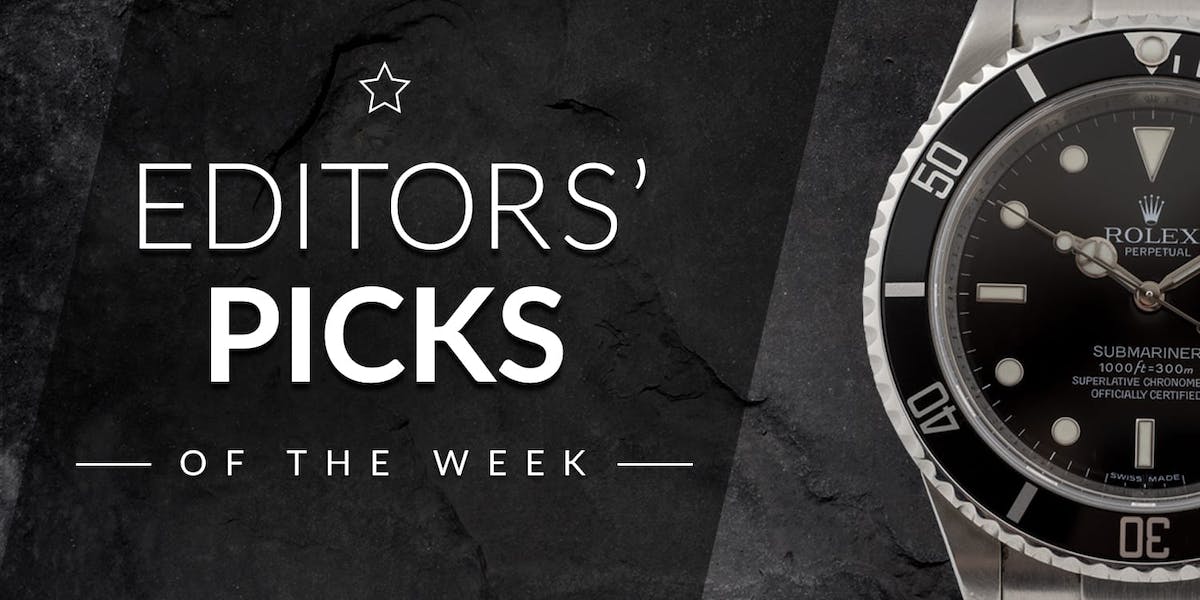 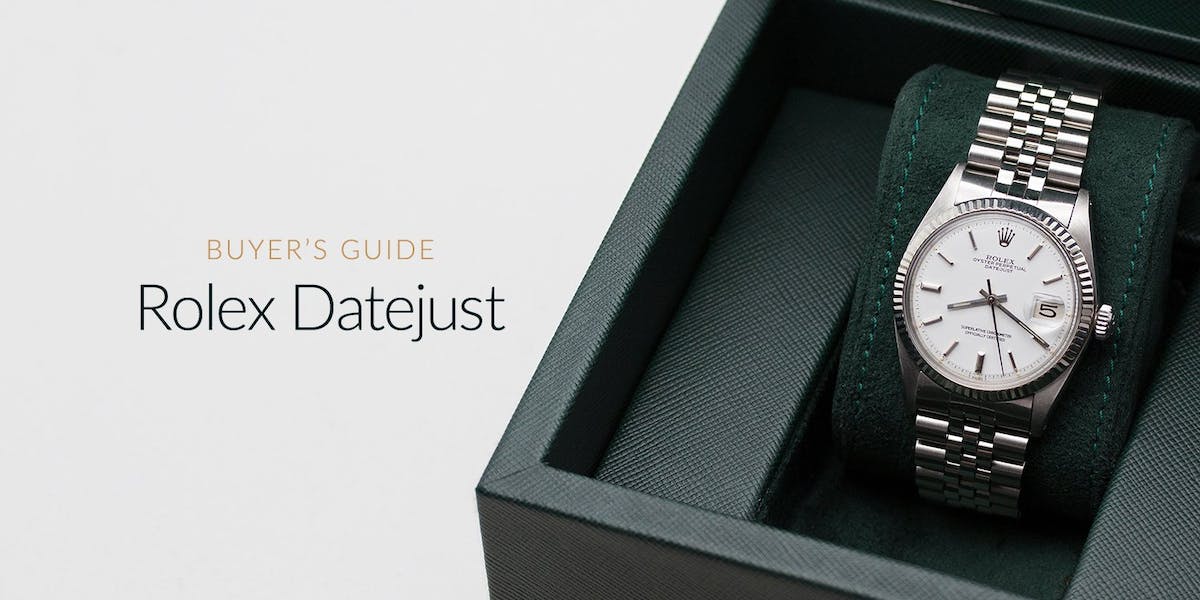