Three Watch Innovations That Didn’t Quite Make It

Every once and a while, I recall an extraordinary watch concept that was presented some years back and wonder whatever came of it. Whether the technology wasn’t suitable for series production or was only ever intended to showcase a manufacturer’s expertise, there are numerous fascinating watch innovations that have simply fallen by the wayside over the years.

In this article, we’ll introduce a few forgotten innovations from years gone by. None of them made it to series production, and barely anything was heard about them after their initial debut in concept watches or strictly limited timepieces.

Patek Philippe timepieces aren’t known for their experimental or avant-garde looks. When it comes to technology, however, the brand is much more willing to break the mold. This is in part thanks to the fact that the traditional brand joined up with Rolex, the Swatch Group, and the Swiss research institute CSEM and began using silicon for their balance springs early on. Even Patek Philippe‘s “standard” movements feature innovative materials and technologies, making them well-suited to modern-day standards.

If that’s not enough to impress you, you should take a closer look at Patek Philippe’s Advanced Research department. They are the body responsible for realizing particularly ambitious creations. The team is made up of internal specialists as well as external researchers. For example, Patek sponsors a Chair in Micromechanical and Horological Design at the Swiss Federal Institute of Technology Lausanne (EPFL), who likewise contributes to exclusive developments. The resulting innovations usually find their way into limited luxury timepieces that are released with a bang across watch media sources. As impressive and exclusive as these developments are, they rarely appear in “normal” watch collections, and some never even make it into a watch in the first place.

This is what happened with the so-called Oscillomax system. This innovation involved the entire escapement system, i.e., the pallet fork, escape wheel, balance wheel, and mainspring. It took developers several years to not only craft these components out of silicon, but also completely rethink their design. Development began in 2005, but it took six years before the Oscillomax was presented. The system featured a silicon escape wheel, which boasted reduced mass and inertia, improved wear, and less friction. This escape wheel was featured in the limited edition ref. 5250G. The balance spring also benefited from a silicon makeover and received the name Spiromax. The -max suffix was inspired by the brand’s 1950s balance wheel with variable inertia, the Gyromax. In 2008, two years after the Spiromax debuted in the ref. 5350R, the escape wheel was redesigned alongside an unusually-shaped silicon pallet fork. Thanks to the unique properties of silicon, the pallet fork was fully functional without any synthetic rubies. Its asymmetrical, organic shape differed greatly from classic-looking pallet forks. The almost completely redesigned escapement was called the Pulsomax and appeared for the first time in the ref. 5450P.

This still wasn’t enough for Patek Philippe. They couldn’t leave any stone unturned, so they revised the Gyromax balance wheel, which was previously a traditional ring-shaped component made of the conventional metal alloy Glucydur. In 2011, the result of years of work was presented with the debut of the completely redesigned Oscillomax escapement system, complete with the new GyromaxSi balance wheel. The escape wheel and pallet fork were overhauled in the process, giving each an even more complex geometrical shape with numerous cutouts. The innovative GyromaxSi balance wheel featured a silicon, loop-shaped base with gold on each end. Thus, the majority of the mass could be positioned away from the center, guaranteeing high rotational inertia with minimum weight. Moreover, the redesign ensured the least amount of air resistance, which again lowered the escapement’s energy consumption. Fine adjustment is possible via screws, similar to those found on the conventional Gyromax balance wheel. The “ordinary” 240 Q movement – if you can call a caliber with a perpetual calendar ordinary – became the 240 Q Si with the inclusion of the Oscillomax escapement. The addition boosted the power reserve of the ref. 5550P from 48 to 70 hours and vastly improved its overall stability.

So, how does this apparent success story fit into the context of this article? Well, while silicon is now part of Patek Philippe’s standard repertoire, and roughly 90% of their mechanical movements use Spiromax balance springs, you’ll be hard pressed to find any innovative pallet forks, escape wheels, or the GyromaxSi balance wheel in any of Patek’s collections. All that extensive research resulted in exceedingly rare one-off limited releases. In fact, the latest Advanced Research release, 2017’s Aquanaut 5650G, featured entirely new innovations and was much less focused on the escapement. The future of the Oscillomax and its components is unclear. Who knows whether they will ever find their way into another watch, let alone make the leap into series production. Next we have the tale of another escapement. Not a year goes by in the watch industry without a new fantastic 3D rendering of an escapement concept appearing that promises months-long power reserves and unheard-of precision. Some of these concepts disappear into the ether, while others are (presumably) still in early development. Audemars Piguet‘s concept, on the other hand, has actually managed to find its way into some watches, but there is no indication that it will ever become the new standard.

Of all the revolutionary escapement concepts that have appeared over the past few decades, only George Daniels’ Co-Axial escapement can claim to have made it into series production at Omega. The Audemars Piguet escapement, in turn, was debuted in 2006 in a model from the Tradition d’Excellence collection. It shares some features with Omega’s Co-Axial escapement, i.e., it aims to minimize friction by separating the functions of transmitting impulses and stopping the gear train. The distance to be covered on the ruby pallets is reduced by almost 90%. Unlike the Co-Axial escapement, however, which transmits an impulse with every half-oscillation, the Audemars Piguet system transmits an impulse with every full oscillation. This may sound familiar as it is also the case with chronometer escapements. In order to ensure the escapement can withstand jolts, Audemars Piguet devised a safety mechanism that prevents the pallet fork from moving incorrectly. This mechanism was responsible for making the escapement suitable for use in mobile watches. Robert Robin invented what Audemars Piguet would later adopt as the basis of their escapement system as early as the late 18th century. However, the lack of his system’s shock resistance, as well as insufficiently precise production methods at the time, meant that Robin’s design was never realized during his lifetime.

Another unique feature of the AP escapement is its use of two balance springs positioned one across from another. These compensate for non-concentric oscillation of their respective components. This design is an alternative to balance springs with complex end curves à la Phillips, Breguet, or Gerstenberger.

Thanks to the lack of lubrication on the pallets, which is only made possible due to the reduced friction, the frequency can be set to a whopping 6 Hz (lubrication is thrown off pallets at speeds of 5 Hz or more). Despite the high frequency, the movement boasts a 7-day power reserve thanks to its two barrels and energy-efficient escapement. In 2006, Audemars Piguet was talking about gradually phasing this escapement in across all its watches. Today, however, it can only be found in one watch, the ref. 26153OR.OO.D088CR.01 from the Jules Audemars collection, which is currently listed as “not for sale.”

Piaget is a name that is inextricably linked to ultra-thin timepieces, and based on the recent Altiplano Ultimate Concept, they show no signs of letting up. In 2020, this former concept watch entered production. Unfortunately, the same cannot be said for the caliber 700P. While its name doesn’t stray too far from the Altiplano’s 900P-UC caliber, the movements themselves couldn’t be more different. The 700P is a quartz-regulated hybrid movement made up of a conventional mechanical gear train and mainspring. As opposed to a traditional lever escapement, however, this movement features a rotating gear at the end of the gear train that is regulated with quartz precision.

The system works in a very similar fashion to Grand Seiko’s Spring Drive. The 700P movement was featured in Piaget’s Emperador model, which is housed in a gigantic 46.5-mm case and had a limited run of just 118 pieces. There are no other models powered by this hybrid movement to date, and there’s been no word from Piaget as to whether it will be further developed. Piaget’s timeline reads differently. They point to a patent filed in 1972 by Jean-Claude Berney that describes a spring-driven movement regulated by a quartz oscillator. Seiko Epson engineer Yoshikazu Akahane wasn’t the only one to contemplate a hybrid movement – widely referred to as Spring Drive today – in the 1970s, however. Asulab, the research arm of the Swatch Group’s predecessor, Asuag, was also busy creating a similar hybrid caliber called the HPM – High Precision Mechanics. To date, the mechanical-quartz hybrid movement was only ever able to establish itself permanently at Seiko, and most enthusiasts consider the Spring Drive movement to be the only true hybrid on the market. While Asulab’s creation was never available for purchase, Piaget’s 700P movement gives keen collectors a chance to own another version of this rare movement type. If you get your hands on one, it would certainly make for some lively discussions, especially among Spring Drive fans.

The Grandfather of the Modern Chronograph Movement: Seiko 6139

A Day in the Life of a Watchmaker: Water Resistance 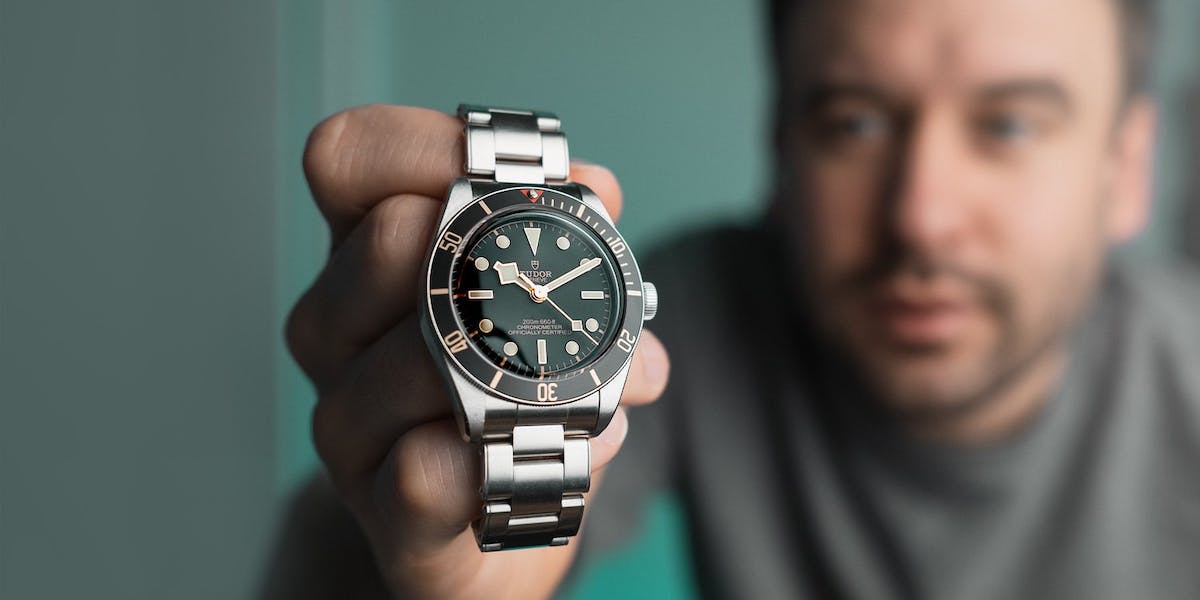 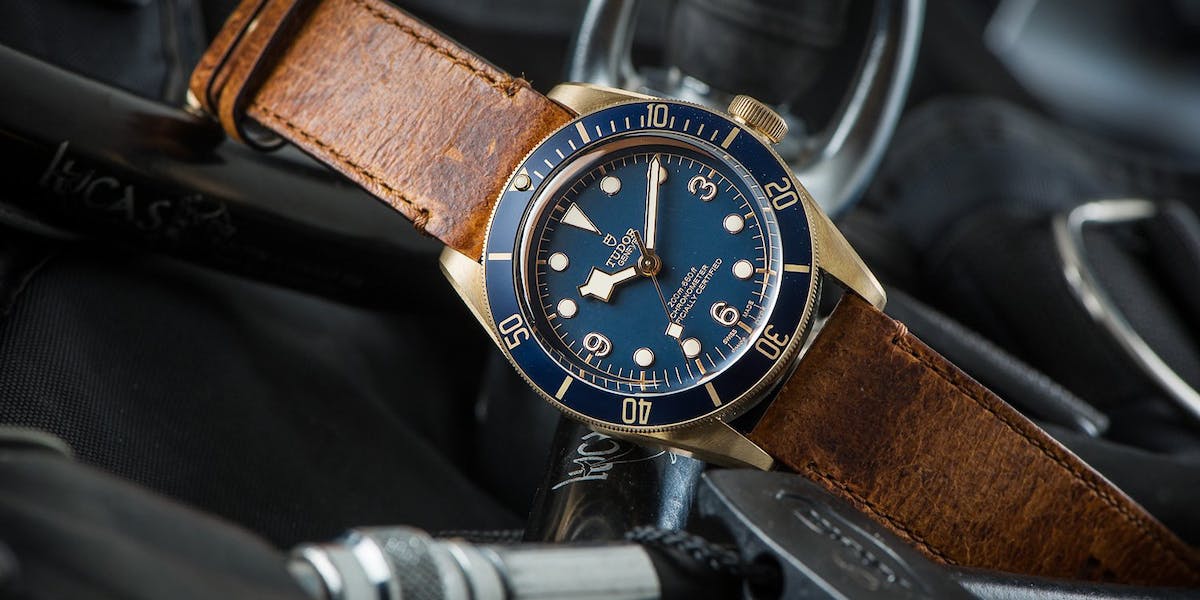 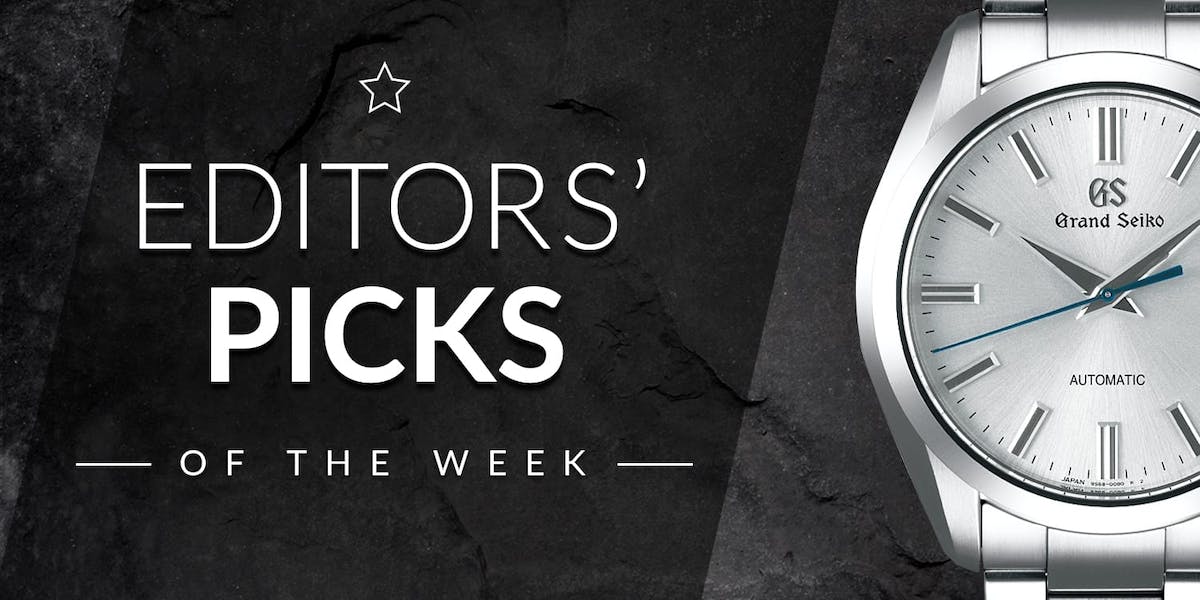