What is a minute repeater, and how does it work?

The minute repeater is easily one of the most elaborate complications in watchmaking. Only the most skilled and experienced watchmakers are able to master this complicated mechanism. It takes craftsmen several weeks to assemble the hundreds of components necessary for a single minute repeater.

What is a minute repeater?

A minute repeater is a mechanical watch complication that acoustically relays the time. Watches with this complication feature an independent chiming mechanism that strikes different tones for hours, quarter hours, and minutes with the help of two small hammers. Watch manufacturers like Patek Philippe generally use a lower tone for hours, a two-tone sequence for quarter hours, and a higher tone for minutes. For example, at 6:55, a minute repeater would strike six low tones, three two-tone sequences, and ten high tones.

In contrast to chiming mechanisms in church towers or grandfather clocks, minute repeaters chime the time to the exact minute – but only on demand. Somewhat simpler repeaters that “only” strike in quarter-hour, half-quarter-hour, or five-minute intervals predate the development of modern minute repeaters.

The first minute repeaters appeared in the mid-18th century in the workshops of none other than Abraham Louis Breguet, inventor of the tourbillon. A master watchmaker, Breguet was the first to use two round gongs wrapped around the movement for the chiming mechanism. Prior to this, repeater watches relied on bells. By the end of the 19th century, the design of minute repeaters was considered perfect, and little has changed in their construction since.

How does a minute repeater work?

A repeater’s chiming mechanism has an independent gear system. It features a mainspring, several gear wheels, and an escapement, which controls the movement’s progression. Most minute repeaters are activated by a push-piece or slide lever, which in turn winds the minute repeater’s mainspring.

Repeaters have a so-called tout ou rien or “all or nothing” mechanism, which is designed to prevent the watch from chiming incorrectly. It essentially ensures that the chime isn’t set in motion unless the push-piece or slide lever is completely pressed or slid. Once the so-called rack (a semi-circular component with teeth) determines the number of hours, tiny hammers hit against the gong, generating the chime. 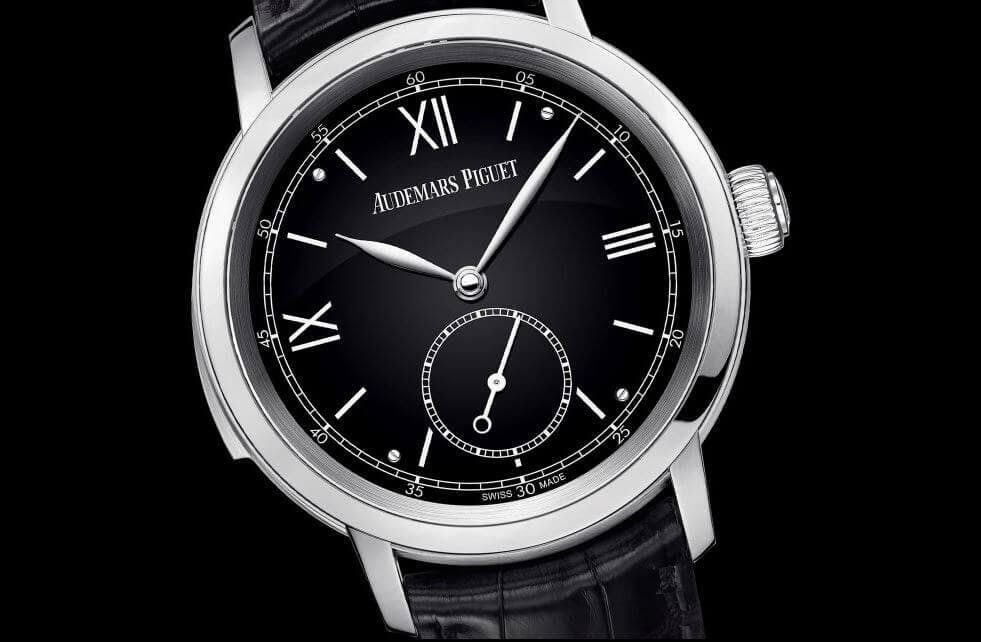 Watches with a minute repeater are among the most complicated timepieces on the market. They are truly premium luxury goods and pieces of watchmaking art. The chiming mechanism is often comprised of more than 200 individual components, all of which need to be assembled and adjusted by hand. Today, thanks to modern production technologies, it takes skilled watchmakers approximately six weeks to complete a single minute repeater. In the past, however, such complex mechanisms would take watchmakers up to six months to construct and calibrate. It isn’t enough to simply have all the pieces in their place, the tone of the chime must also be perfect. If not, the watchmaker has to remove the gong and recalibrate it by removing minuscule amounts of material. This process alone can take multiple days or even weeks.

If you’re searching for a minute repeater, you’ll inevitably encounter the traditional Genevan manufacturer Patek Philippe. Founded in 1839, this manufacturer is known the world over for its complicated and luxurious timepieces. Patek Philippe’s watchmakers have mastered some of the most sophisticated watch complications, including perpetual calendars and astronomical watches. 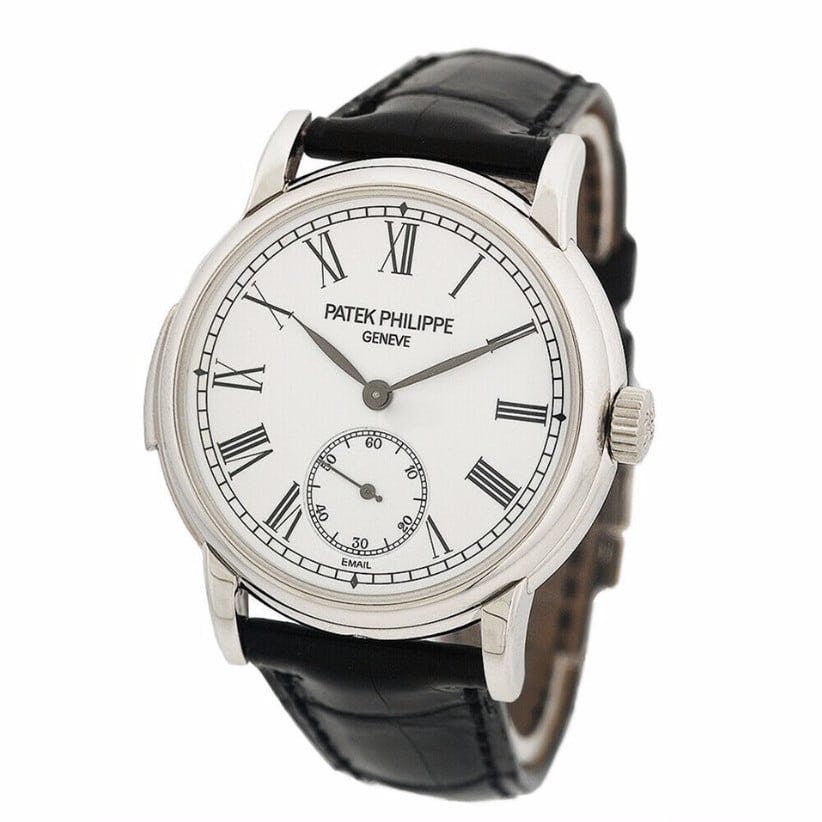 The Patek Philippe ref. 5078 is a classic minute repeater timepiece. The 38-mm case is available in platinum, white gold, or rose gold. The slide lever to activate the minute repeater is located on the left-hand side of the case. Admirers can ogle the intricately finished in-house caliber through the sapphire crystal case back.

Patek Philippe outfits this reference with an enamel dial featuring a railroad minute track around its edge. The small seconds at 6 o’clock has a similar track. White gold applied Breguet numerals serve as the hour markers on the white gold version. The Breguet hands are likewise made of gold, underscoring the traditional aesthetic of the ref. 5078G. Both the platinum and rose gold versions feature leaf hands and Roman numerals. These stunning Patek Philippe watches sell for around 330,000 USD.

German manufacturer A. Lange & Söhne also boasts several minute repeaters. You can find one such example in their Zeitwerk collection. This model is the first mechanical watch with a decimal minute repeater and jumping “digital” display. In contrast to other minute repeaters, the Zeitwerk Minute Repeater chimes ten-minute intervals rather than quarter hours. You can activate the acoustic mechanism by pressing the push-piece located at 10 o’clock. A particularly unique feature of this watch is that you can watch the hammers striking the gong through the watch glass.

The time is displayed in windows at 9 and 3 o’clock in a manner similar to a digital quartz watch. The small seconds and power reserve indicator are both equipped with lance-shaped hands. This masterpiece also sells for upwards of 330,000 USD, in no small part due to the cost of its platinum case. 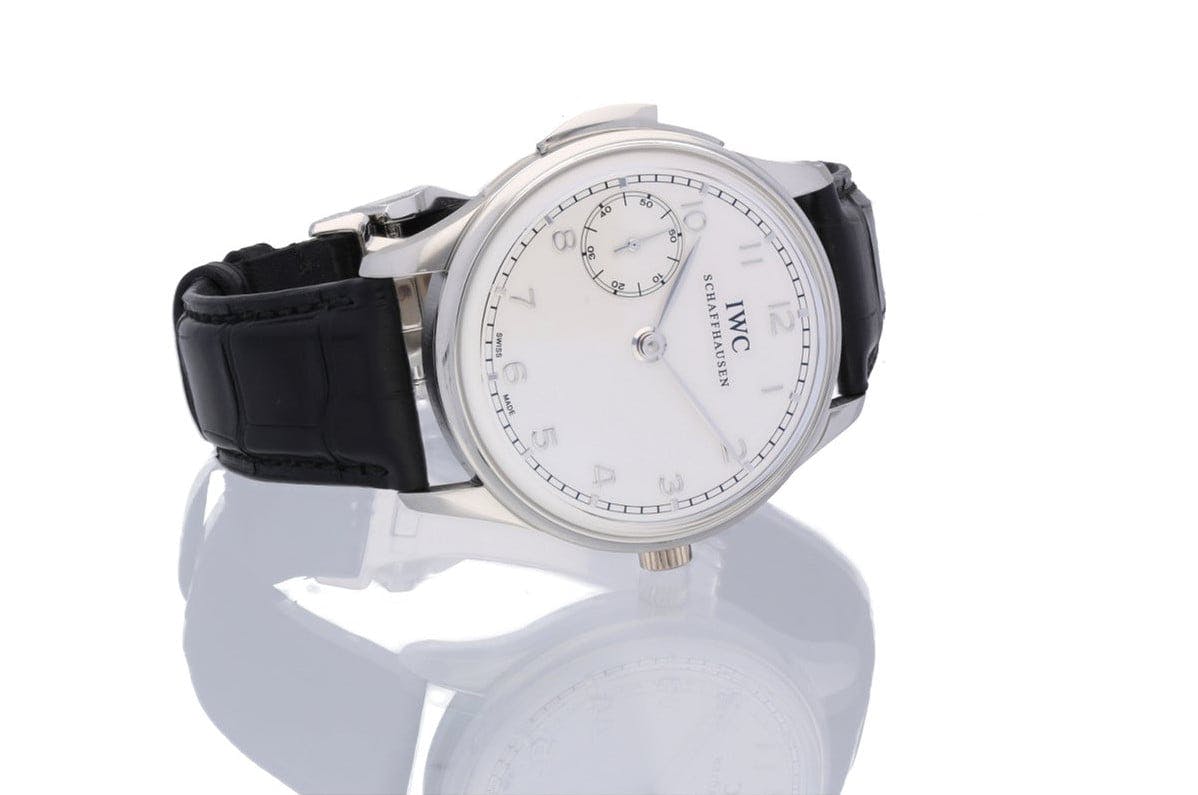 Compared to the watches from Patek Philippe and A. Lange & Söhne, the IWC Portugieser Minute Repeater is downright affordable. Though, seeing as the 44-mm rose gold ref. IW544907 still costs around 68,000 USD, it can hardly be deemed a budget-friendly timepiece. The design doesn’t suffer from the price difference, however; with a railroad minute track around the dial’s edge, typical Portugieser Arabic numerals, a small seconds at 6 o’clock, and narrow leaf hands, this IWC watch is just as classy as the Patek Philippe.

The watch is powered by the in-house caliber 98950, which can be admired through the sapphire crystal case back. Particularly striking is the elongated index, which allows watchmakers to quickly and easily regulate the timepiece. Moreover, IWC beautifully decorates each of their movements with Geneva stripes and perlage finishing. The caliber 98950 is comprised of more than 400 individual pieces, 250 of which belong to the repeater mechanism.

What is a GMT function and how does it work?

How to Keep Your Watch Accurate and Reliable

What is an automatic watch and how does it work?

Since starting as a copywriter at Chrono24 in 2015, watches have been part of my daily life. I'm most fascinated by the fine mechanics and their ability to reflect … 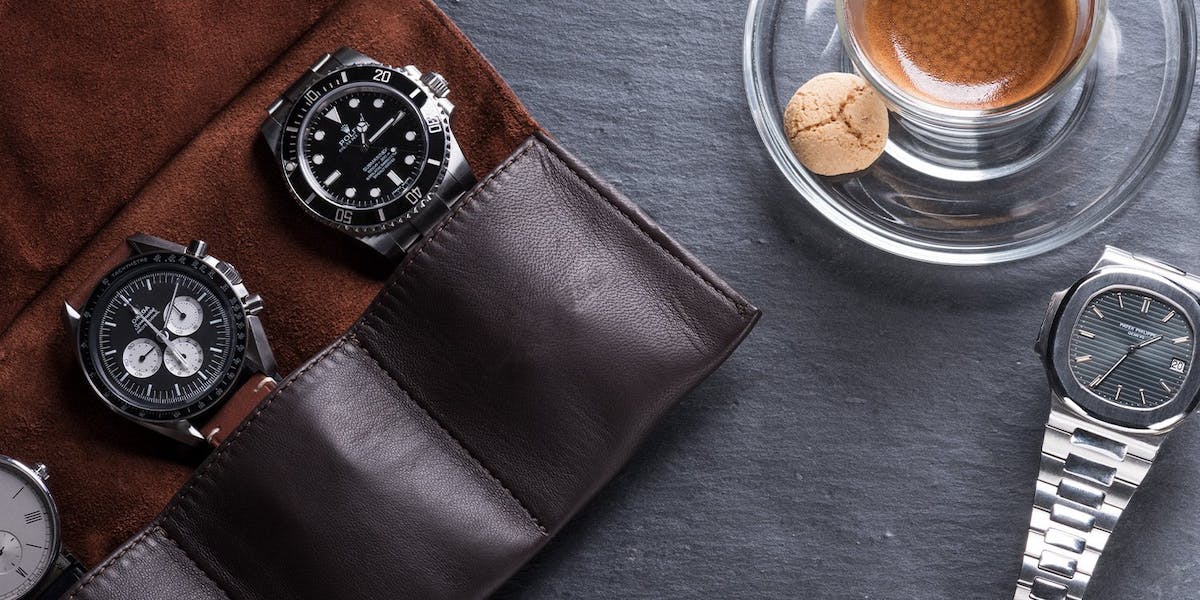