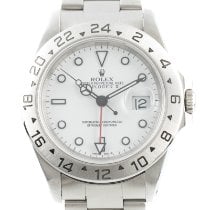 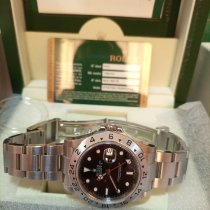 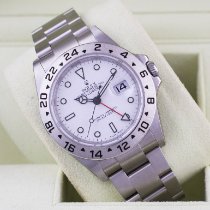 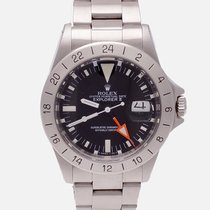 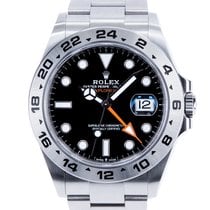 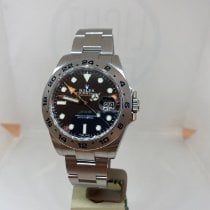 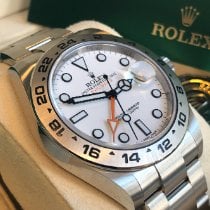 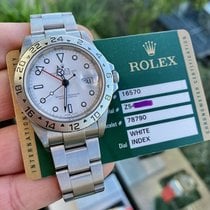 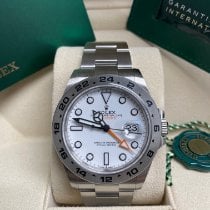 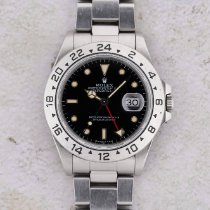 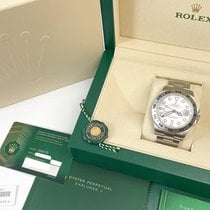 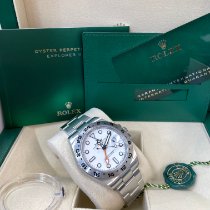 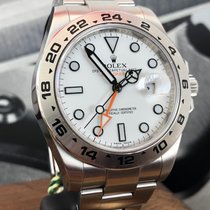 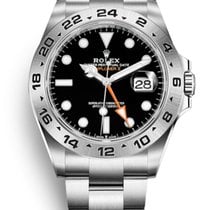 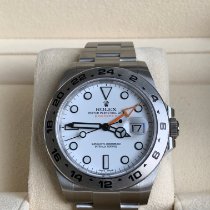 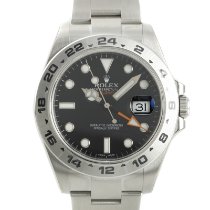 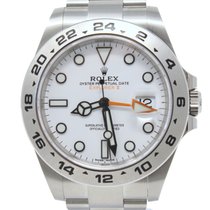 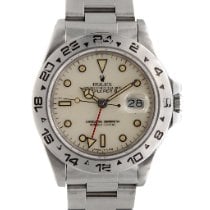 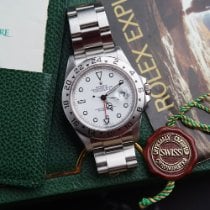 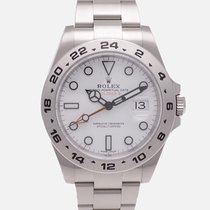 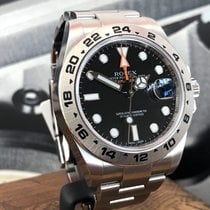 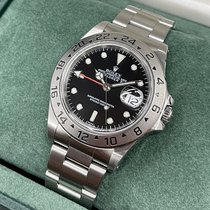 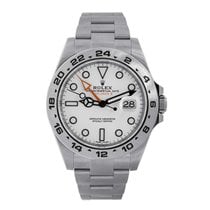 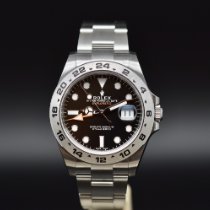 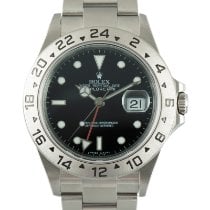 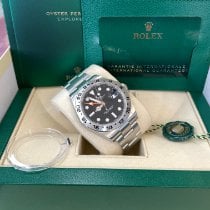 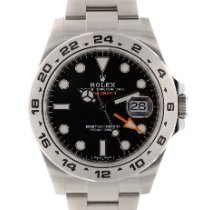 The Rolex Explorer II is a robust and reliable tool watch. Its additional 24-hour hand can be used to display a second time zone or as a day/night display. Its design means it is easy to read at a glance.

A Tool Watch With a 24-Hour Display

Rolex first introduced the Explorer II in 1971. This timepiece belongs to the same family as the Explorer, which debuted in 1953; however, it is easy to tell the two models apart. The Explorer II stands out thanks to its stationary 24-hour bezel and additional orange hand with a large arrow tip. Rolex chose these components to make it easier to tell day from night. Since an update in the 1980s, the Explorer II has been able to display the time in two time zones simultaneously. Today, the Explorer II is a great alternative to the Rolex GMT-Master II.

The Explorer II's Oyster case comes in stainless steel and is water-resistant to 100 m (10 bar, 328 ft) thanks to its Twinlock crown. This means you can leave your watch on while swimming or snorkeling. As of 2011, this timepiece is 42 mm in diameter. There are also older variants available with 39 or 40-mm cases. A stainless steel Oyster bracelet holds the watch securely on your wrist.

Each Explorer II gets its power from an in-house, chronometer-certified caliber with a 24-hour display and date window at 3 o'clock. Rolex's distinctive Cyclops lens sits atop the date display, magnifying it for improved readability.

How much does a Rolex Explorer II cost?

Vintage Explorer II models with the reference number 1655 are especially highly coveted. Known among watch fans as "Steve McQueen" or "Freccione," this line was part of Rolex's catalog from 1971 to 1985. Prices for a never-worn timepiece sit around 25,000 USD, while well-maintained used watches generally cost only a few hundred dollars less. Regardless of its condition, this model has performed quite well in recent years. For example, five years ago, you could still find a new 1655 for as little as 19,500 USD. Within three years, that price had risen to 22,000 USD. The future is looking bright for this beloved classic.

About the Explorer II

Since its premiere in 1971, the Explorer II has only received four updates. The original ref. 1655 sets itself apart from later models mainly in its dial and bezel design. It has printed line indices on the dial, and the bezel's numerals are markedly thinner than those found on subsequent models. What's more, the numerals on earlier timepieces are separated by triangles, which have been replaced by lines on more recent models. This watch also features narrow baton hands instead of the Mercedes hands that are so common today. Furthermore, its luminous orange 24-hour hand ends in a large, arrow-shaped tip. The indices and other hands also glow in the dark thanks to a coating of radium-based material. Another notable difference is that the 1655 is only available with a black dial, while later versions also come in a white edition. Inside the 39-mm stainless steel case, you'll find the caliber 1575.

The next Explorer II followed in 1985 and brought with it numerous significant changes, especially to the dial. Listed under the reference number 16550, this model bears a stronger resemblance to the GMT-Master. For example, the original's stamped line indices gave way to round hour markers in white gold. The bar indices at 6 and 9 and triangle at 12 o'clock are also made of white gold. A tritium-based luminous material fills each index, guaranteeing optimal readability in the dark. Sapphire crystal, Mercedes hands, and a red 24-hour hand with a thinner arrow tip were also new to this timepiece. Furthermore, it was the first Explorer II to come with the option of a black or white dial. The caliber 3085 ticks away in both Explorer II and GMT-Master watches from this time period, meaning both watches can display the time in a second time zone.

The ref. 16570 debuted in 1989 and is nearly identical to its predecessors bar a few cosmetic changes. For example, models with white dials feature indices trimmed in black as well as black hands. The caliber 3185 powered these watches until 2007, after which it was replaced by the 3186. You can recognize later models by their lugs, which were no longer drilled through, and by the Rolex engraving on the dial's edge.

The Explorer II experienced its biggest update with the introduction of the ref. 216570 in 2011. Its stainless steel case is 42 mm in diameter and feels significantly heftier. This model was given a maxi dial with enlarged glow-in-the-dark indices and marked a return to the orange, arrow-shaped 24-hour hand found on the original Explorer II.

Its movement also received an overhaul. The caliber 3187 ticks away inside this timepiece. This automatic movement oscillates at 28,800 vibrations per hour (4 Hz) and has a 48-hour power reserve. It is incredibly precise and deviates from the reference time by a maximum of +/- 2 seconds per day. What's more, the 3187 features a blue Parachrom hairspring. This innovation is made of an anti-magnetic niobium-zirconium alloy and is ten times more resistant to shocks than conventional hairsprings. Rolex also equips this movement with their proprietary Paraflex shock protection system for added protection against hard jolts and other extreme conditions.

A Watch for Adventurers

Rolex initially developed the watches in the Explorer collection as tools for researchers and adventurers. The original Explorer II's target audience was spelunkers. Spending long hours in underground labyrinths without any sunlight can cause you to lose a sense of whether it's night or day. Regular watches with conventional 12-hour displays aren't much help in this situation. This can also be a problem in polar regions during the winter, as the sunless polar night can be disorienting. Rolex solved this problem by adding a fourth hand that completes one full rotation every 24 hours. The wearer can use the additional hand and the bezel's 24-hour scale to determine if it is day or night with a single glance.

The transition to newer calibers saw the Explorer evolve into a full-blown GMT watch. This means you can use its 24-hour hand to display the time in an extra time zone.